The mission of the French Institute in Vine and Wine is to conduct wide-range studies for the wine-making area, concerning plant selection, wine-growing, wine-making and commercialization.

Shutters are known to play a key role in wine quality preservation. Their permeability properties towards air, allow the wine to “breathe”, but can also favour unwanted oxidation reactions that will affect aroma. That is why the French Institute in Wine conducted several tests on various shutter types: screw caps, synthetic (molded or extruded) and technical cork.

Analysis of wine aroma over time

“We analysed a pink wine aged for one year with different shutters to determine which ones best preserved the aroma of wine over time. The analysis was performed both by our sensory panel and by Alpha MOS lab using their HERACLES Electronic Nose.

Screw caps proved to best preserve the aroma profile of wines over time. On the contrary, synthetic shutters entailed a significant change in wine aromas, molded ones being less efficient than extruded ones for aroma preservation. The wines are oxidized. With synthetic and technical cork shutters, it appeared that compounds providing fruity notes, such as ethyl octanoate (pineapple note) experienced a significant decrease which contributed to the overall loss of aroma.”

Upon comparing the chromatographic data obtained with the E-Nose and sensory panel evaluation, it could be seen that the intensity of some major peaks was correlated with the panel scores on specific sensory attributes. For example, heavy esters were correlated positively with the terpenic floral note and negatively with aggressiveness.

“Such a fast analysis would allow to save time compared with empirical sensory panel tests usually conducted.”

What an E-Nose can bring in the wine-making field

Mr Davaux, from the R&D department at the IFV, explains: “The analysis with HERACLES E-Nose was particularly useful to objectively select shutters among different types. Such a fast analysis would allow to save time compared with empirical sensory panel tests usually conducted.

Now we will additionally investigate other applications of the HERACLES E-Nose to help the wine-making industry for example with wine origin control, quantification of aroma compounds or yeast influence on aroma." 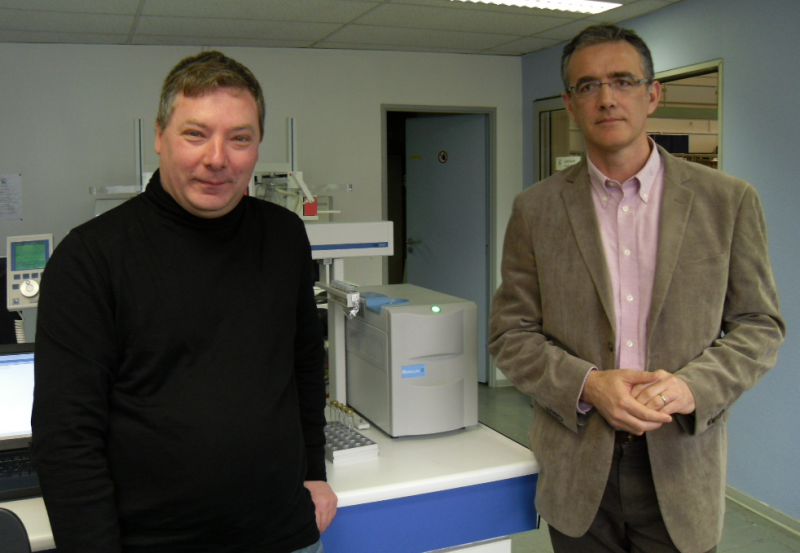