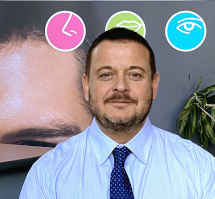 Pierre Sbabo has 25 years of experience in process applications for the Food & Beverage industry, as well as the pharmaceutical and oil & gas segments. Throughout his career, he held commercial then general management roles in Europe, Asia and the United States for global corporations like General Electric Water & Process Technologies, Pentair Filtration and Separation, NSF and most recently SPX Flow, where he was in charge of the EMEA  Food & Beverage and Industrial segments ($600M). Pierre lived for 15 years in Asia (China, Thailand, Singapore), the United States and various European countries. He is now based at the headquarters of Alpha-MOS in Toulouse, France. 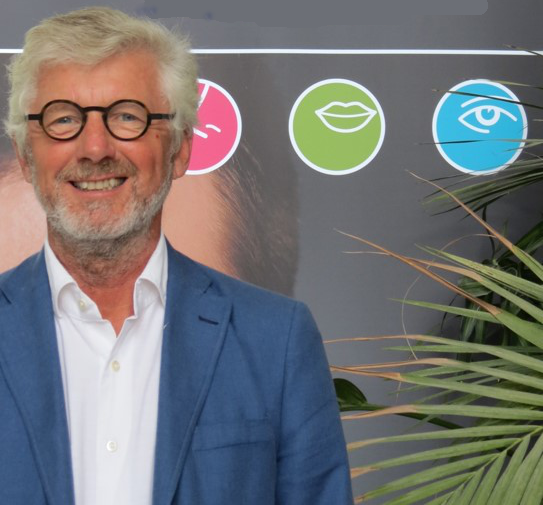 An expert in financial issues common in high-growth sectors, Arnaud was founder and General Manager of Citefibre, a company sold to Iliad group, as well as CFO for established companies growing at a rapid pace, such as MCI WorldCom.

He also served as CFO for multiple start-up companies, in particular for Sensitive Object where he works from 2006 till 2012.

Skilled in working in multinational environments, he has specific expertise in telecommunication, internet and software industries.

Arnaud has a degree in Civil Engineering from the Ecole Nationale Supérieure des Mines de Saint-Etienne, as well as an MBA from ESSEC Business School in Paris, France. 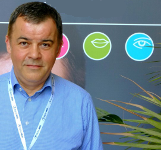 Over his 30-year career, Bruno has helped launch and scale some of the world’s most innovative telecommunication products, mobile phones, and sensors.

Before co-founding BOYDSense, Bruno was the Chief Technology Officer at start up Sensitive Object, which invented a touch sensor technology that works on multiple geometries and surface materials. Sensitive Object was acquired by Tyco Electronics in 2010.

He also served as Vice President of R&D at Siemens Mobile Phones, spearheading the technological development of several generations of smartphones.

Laurent Samama is a JOLT CAPITAL partner since 2015 and currently a board member of Eyeota and Alpha MOS (ENXTPA: ALM).

He has experience across large corporations and dynamic start-ups. His experience as a senior manager includes serving as VP Business Development with Orange, Country Manager for France with both NEC and Nokia, and also as Global Business Unit Manager with Nokia.

Catherine LEFEVRE is an independent director and Chair of the Strategic Orientation Committee of the Board of Directors of Alpha MOS.

She has expertise in the hospitality, air transport and agribusiness sectors. After having held positions in the banking sector and having served as Chief Financial Officer and Secretary General of PME/ETI, she has been an independent consultant in operational strategy. She graduated from École Nationale de l’Aviation Civile and the Institut d’Études Politiques de Paris.

Brigitte BOURGOIN is an independent director and Chairman of the Appointments and Remuneration Committee within the Board of Directors of Alpha MOS.

She has skills in the Telecom / Digital / International fields. She has led the creation, development and management of international mobile network and service operators.
She was Executive Vice President and International Director of Orange plc and CEO of FTMI.
Brigitte Bourgoin co-chaired the Orange Group Ethics Committee and is a Knight of the Legion of Honour and the National Order of Merit.
Brigitte BOURGOIN is a qualified engineer Telecom ParisTech.

Between 2000 and 2005, he worked in various capacities related to business and corporate development in the telecom industry at LDCom/Neuf Cegetel.
In 2005, began working in the Office of the CEO of the Louis Dreyfus Group, later being appointed as Global Head of Mergers and Acquisitions and subsequently Head of Group Corporate Finance & Strategy of LDC.
He then became Global Head of Strategy and Corporate Finance for Louis Dreyfus Company and then Chief Financial Officer for the Europe and Black Sea region.
Adrien TARDY was also Vice Chairman of the Board of Directors of Biosev SA (a listed Brazilian subsidiary of LDC and active in the production and processing of cane sugar). He graduated from the French business school ESSEC.

Pascale PIQUEMAL is an independent member and Chair of the Audit Committee of the Board of Directors of Alpha MOS. She is an independent consultant in financial organisation and control of management since 2017.
After several years in audit at PwC, Pascale PIQUEMAL joined the Louis Dreyfus Group in 2000. as Consolidation Manager.
She then moved to the finance function of Louis Dreyfus Company and managed the following functions accounting and controlling until 2017.
Pascale PIQUEMAL is a graduate of HEC Paris and holds a Bachelor of Science in computer science from University of Mississippi.